This post was supposed to be up and running by the end of September but apparently strange incidences like my laptop & cellphone charger giving out which was stressful, but everything is in its place now.

This is to feature the amazing SF based vegan & allergen friendly bakery Bread SRSLY. In May I attended a Celiac Convention and first tried the bread there & bought some on the spot. For those with allergies to wheat & gluten – or really anyone whose tried gluten free baked goods, know that its usually a hit or miss and can lack the taste of “real bread” 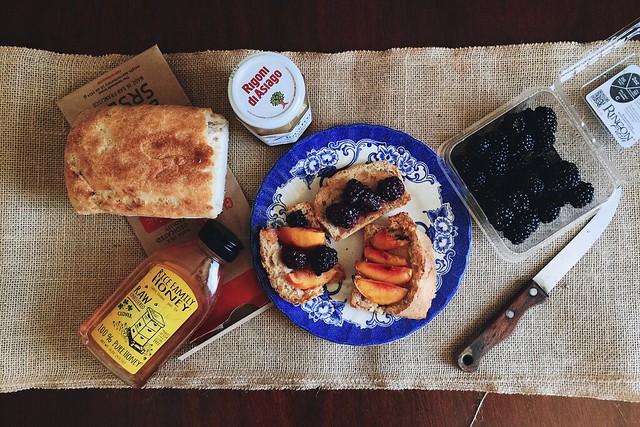 Case in point this company started by a gal named Sadie Scheffer  in efforts to create actual artisanal bread that was devoid of allergens & while also being vegan, she dug deep in the art of bread-making which led to fermenting! Thats right these baked goods are actually made with bacteria, as in wild yeast which: “helps to break down the grains, making them easier to digest, and adding a pleasant tang that we call sourdough” The company uses organic ingredients, sustainable packaging and all handmade in a dedicated facility that does not use wheat or gluten anywhere nearby

Blackberries are a October seasonal fruit, while this recipe used nectarines go with peaches if you want to stick to a seasonal fruit. Its a perfect Fall bite that is filling because these breads feature: Organic White Rice Flour, Millet Flour, Sorghum Flour  making them nutritionally dense & devoid of fillers.  the bread is best toasted in the oven, although I am sure a toaster would also be nice. I came up with two recipes one that is sweet, like this one – & a savory one that will be up soon.

optional/
This is a sweet toast but I recommend and had it with a dollop of Heidi Ho Ne Chèvre Black Lava and it is so amazing.
You can replace the stone fruit with apples or even persimmon 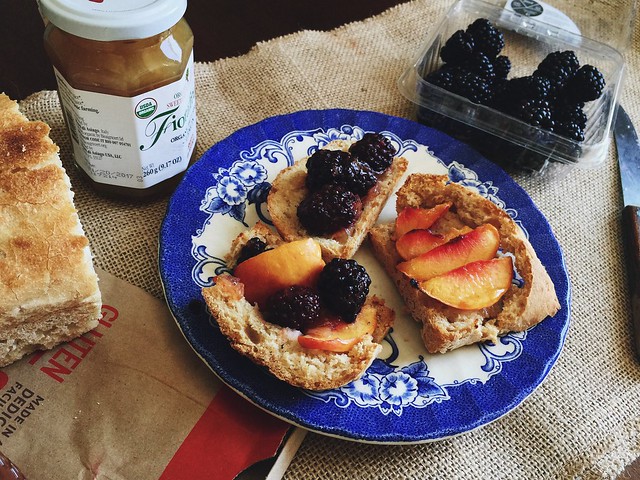 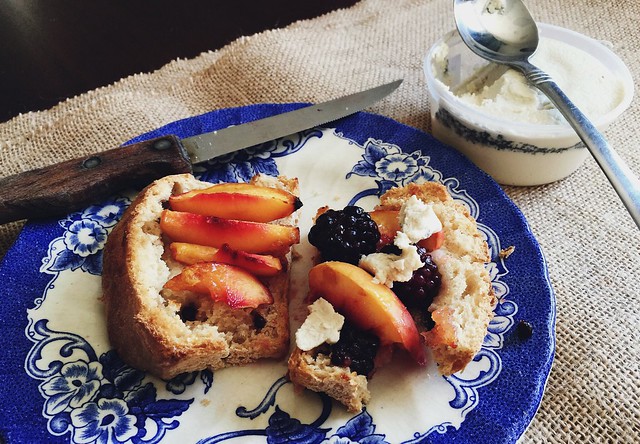